Dilworth Paxson LLP announced today that partner Thomas S. Biemer will succeed Lawrence G. McMichael as Chairman of Dilworth’s Litigation Department, a transition that will allow McMichael to focus on his recently expanded role as Chairman of the Firm. The decision was approved by Dilworth’s Executive Committee.

“We are grateful to Larry McMichael for an exceptional job managing one of the top litigation departments in the country over the past 17 years,” said Joseph H. Jacovini, Chairman of Dilworth’s Executive Committee. “And we are confident that Tom Biemer and Greg Cirillo will continue the Litigation Department’s legacy of success and professional leadership in the field.”

Today’s announcement is part of an exciting new era at Dilworth, where a focus on growth and innovation goes hand-in-hand with a storied heritage and a steadfast commitment to community. McMichael’s elevated role as Dilworth Chairman—effective January 1, 2014—was part of a strategic change in leadership earlier this year, which also saw Ajay Raju joining the Firm as Co-Chairman and CEO. Jacovini and Stephen J. Harmelin continue, respectively, as Chair and Vice-Chair of the Executive Committee.

Biemer represents his clients in complex commercial cases, handling matters in both state and federal courts. He has significant experience in patent matters, representing both plaintiffs and defendants and routinely handles complex business disputes. He also recently represented three separate Special Litigation Committees as lead counsel in litigation arising out of the sale of publically traded companies in transactions ranging from $1-3 billion.

In addition to his distinguished career at Dilworth, Biemer is General Counsel and on the Board of Directors of the Urban League of Philadelphia. From 1984 to 1992, he served as Captain in the U.S. Army Air Defense. Biemer holds a J.D. with high honors from The University of Texas School of Law, where he was Associate Editor of the Texas Law Review.

Cirillo focuses his practice on plaintiff and defense tort litigation as well as general complex commercial litigation, with an emphasis on construction accident litigation. Among several notable cases, he has been involved in several complex civil cases in which he recovered significant damages for parties, including the Flight 800 air disaster litigation. In addition, he has successfully handled construction litigation with catastrophic injuries, including death. During his career, he has received numerous awards, verdicts, and settlements exceeding $1 million. Cirillo has more than 25 years of experience handling governmental and sovereign immunity issues in both Pennsylvania and New Jersey. Cirillo also defends a Pennsylvania State Agency against Civil Class Action lawsuits dealing with Medicare/Medicaid issues.

In 2013, Cirillo was appointed to serve a three-year term as a Hearing Committee Member serving on the Disciplinary Board of the Supreme Court of Pennsylvania. He served on the Philadelphia Bar Association’s Board of Governors from 2005 to 2007 and as Chairman of the Dilworth Paxson United Way Campaign Committee from 2005 to 2010. He earned his J.D. from Villanova University School of Law. 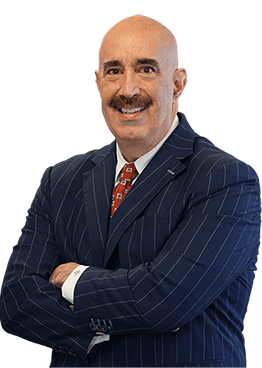