With the Supreme Court’s Decision in TC Heartland, Delaware Likely to See Increase in Patent Cases

On May 22, 2017, the Supreme Court issued an 8-0 decision in TC Heartland LLC v. Kraft Foods Group Brands LLC that could have a big impact on where patent infringement suits can be filed.

The patent venue statute (28 U.S.C. §1400(b)) states that patent cases may be brought only “in the judicial district where the defendant resides, or where the defendant has committed acts of infringement and has a regular and established place of business”.

Until TC Heartland, plaintiffs in patent litigation suits relied on the Federal Circuit’s 1990 decision in VE Holding Corp. v. Johnson Gas Appliance Co. to bring cases in plaintiff-friendly jurisdictions (most notably the Eastern District of Texas). In VE Holding, the Federal Circuit stated that the definition of “residence” in the general venue statute (28 U.S.C. §1391(c)) applied to §1400(b) and held that proper venue for a patent infringement suit would be any court which had personal jurisdiction over the defendant – essentially, anywhere that a defendant conducted business.

In trying to get the case transferred from Delaware to the Southern District of Indiana, where it is based, TC Heartland challenged the decision in VE Holding. TC Heartland argued that venue was improper in Delaware because it did not reside or have a regular place of business there. In making its decision, the Supreme Court looked at Congress’ two changes to the general venue statute – the first of which was the basis of the Federal Circuit’s decision in VE Holding – and whether these amendments affected the meaning of the patent venue statute.

The Court held that, under the patent venue statute, “as applied to domestic corporations, “reside[nce]” in §1400(b) refers only to the State of incorporation”, and that the statute was not modified by §1391(c) or Congress’ changes thereto. Ultimately, the Supreme Court’s restriction of the definition of “residence” under the patent venue statute to a company’s state of incorporation will greatly limit the number of venues in which patent infringement suits may be brought. The Eastern District of Texas will likely see a drop in its number of patent cases, while Delaware is likely to see a large increase in cases, given its popularity as a venue for incorporation.

Dilworth Paxson continues its long-standing presence in Wilmington, Delaware and we are prepared to answer any questions you may have following this latest decision of the Supreme Court. If you would like to discuss the implications of TC Heartland on your own business or any other patent litigation matter, please contact Ted Behm, partner and chair of our patent practice, at  215-575-7155 | ebehm@dilworthlaw.com or Tom Biemer, partner and chair of our litigation group, at 215-575-7025 | tbiemer@dilworthlaw.com. 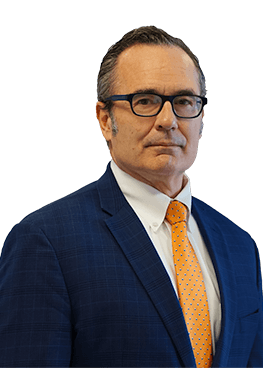