Will Your Business Be Impacted? NJ Assembly Statute of Limitations Bill

Historically, the statute of limitations, or time in which a lawsuit may be brought, for personal injury, property damage, or financial loss has been two years from the accrual of the action for personal injury matters and six years for property damage or financial loss. The six- year statute applied regardless of whether the claim for property loss for non-personal injury loss was based on negligence, contract, or other cause of action except for certain limited circumstances, and regardless of who the defendant may be. Currently however, the New Jersey Assembly is reviewing Assembly Bill 1254 which dramatically changes the statute of limitations regarding certain licensed professionals, including attorneys, physicians, other designated health providers, accountants, architects, and engineers. Under the new Assembly Bill, the statute of limitations for an action brought against one of these types of licensed professionals will be reduced to two years where the claim is for professional malpractice, regardless of the type of loss involved. This Alert focuses on construction disputes.

In the construction industry, particularly, since such disputes typically entail multiple parties, this will have a dramatic effect on actions that can be brought since many of those actions seek recovery against a licensed architect or engineer for professional malpractice.

While this proposed amendment to the statute of limitations will be a benefit to design professionals and to their insurance carriers, it will create issues for owners, contractors, and subcontractors who may have a claim based on defective design. Under the new statute, if an owner brings an action against a contractor for faulty construction two and half years after the project was completed, where the owner was aware of problems with the construction, the owner at that time as well as the contractor will be precluded from being able to raise the claim that the designing architect or engineer was negligent and committed an error or omission associated with the performance of their services. This will be particularly harsh on the owner since the contractor may be able to argue that the acts of the design professional are attributable to the owner, but the owner will not then be able pass them on to the architect or engineer.

The changes in the Statute do not necessarily change the impact of the “discovery rule” which delays the running of a statute of limitations until the particular problem is discovered.

There may also be adverse consequences to architects and engineers. If owners and contractors are aware that claims must be raised earlier, that is exactly what will happen. Claims will be raised within the initial stages, perhaps without full investigations, which can result in an overall increase in the number of claims. This same acceleration of claims will also occur for the other licensed professionals covered by the proposed Bill.

As this is simply an Assembly Bill at this time, owners, contractors, and others having an interest in this potential change have an opportunity to voice their concerns with their State legislators.

If you have any questions regarding the further impacts of this bill, if passed, please contact James H. Landgraf, Esquire at Dilworth Paxson, LLP in the Cherry Hill, New Jersey office. 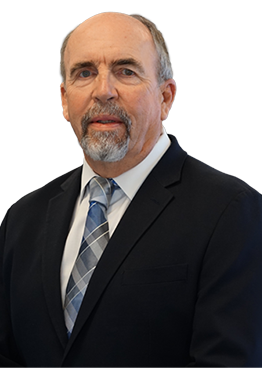