What Happens if My Company Cannot Fulfill a Contract Due to Coronavirus?

With the spread of COVID-19 and daily life for so many coming to a halt for the foreseeable future, businesses are trying to keep up with their contractual obligations while simultaneously navigating this new normal. Conventions, meetings, galas, offices, and even sporting events are being forced to shut down amid the current global pandemic. These cancellations, coupled with the recent wave of federal and state government actions shuttering businesses and promoting social distancing, leave companies wondering if they can comply with their contractual responsibilities or terminate or modify their contracts on account of this global health emergency. What are companies to do?

The first step is to read your contract carefully! Many contracts contain an explicit force majeure clause designed to address the scenario when an unexpected emergency prevents performance. The French term, force majeure, literally translates to superior force. In the legal and contractual context, force majeure clauses have historically been included in contracts to excuse the parties’ performance when an uncontrollable event or act of God occurs, thereby rendering performance all but impossible. While certain occurrences like natural disasters and wars fall squarely within this widely-held definition, other less-common events, such as a global epidemic and government actions in response to a worldwide health crisis, may also qualify.

Federal, state, and local governments in the United States are ramping up their guidelines and releasing directives declaring COVID-19 a public health emergency. As of March 16, the Federal government established severe travel restrictions effectively barring entry to the U.S. for non-US citizens arriving from China, Iran, and a number of European countries. States such as New York, New Jersey, Connecticut, and Pennsylvania have responded by closing schools, shuttering restaurants and bars, and urging residents to follow newly-implemented curfews. Other locations, such as San Francisco and its surrounding counties, have taken even more radical measures, ordering residents to shelter in place for weeks, only venturing out for necessities. These government actions are having undeniable effects on businesses and global trade, which may trigger force majeure.

Even in the absence of an express force majeure clause in your contract, a party might be able to assert a common-law defense of impossibility of performance. Recent government actions restricting travel, gatherings, and business operations may render certain contractual obligations effectively impossible and, as a result, parties should be excused from contractual performance without being found in breach. Businesses should be quick to remember, however, that performance is typically not excused simply because the contractual obligation(s) became economically burdensome or unattractive. Nor is performance typically excused when the event in question was reasonably foreseeable or due, in whole or in part, to the negligence or fault of the party seeking to enforce the clause.

For more information on how force majeure clauses and impossibility defenses apply to your unique business contracts, please contact Christie Callahan Comerford or Chris Nana-Sinkam, or any member of Dilworth’s litigation team. 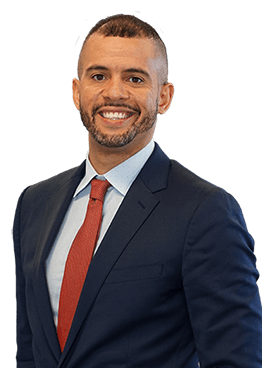