Employers, rejoice! In the span of a week during the waning days of 2017, the newly Republican-controlled National Labor Relations Board (“the Board”), led by then-Chairman Philip Miscimarra, issued a flurry of decisions, overruling four major cases which themselves had upended years of labor law precedent. In doing so, the Board did a reset on many workplace issues that had made compliance fraught for employers in recent years and provided more practical guidance to employers, unions and Board offices around the country charged with enforcing Board law. Among other rulings, the Board: (1) established a new standard for evaluating the legality of employment policies; (2) returned to prior precedent when evaluating joint employer liability; (3) established a new standard governing employers’ duty to bargain over “changes”; and (4) returned to prior precedent when determining the scope of appropriate bargaining units.

As the National Labor Relations Act (the “NLRA”) applies to both union and non-union workplaces, these new decisions are important and potentially helpful for all employers.

I. Facially-neutral employment policies will more readily pass muster with the Board.

In The Boeing Company, 365 NLRB No. 154 (2017), the Board established a new test for determining whether facially neutral workplace rules, policies, and employee handbook provisions unlawfully interfere with the exercise of rights protected by the NLRA. Now, when evaluating a facially neutral policy, rule, or handbook provision, to determine whether it would potentially interfere with the exercise of NLRA rights when reasonably interpreted, the Board will evaluate two things: (a) the nature and extent of the potential impact on NLRA rights, and (b) legitimate justifications associated with the rule.

This new test overruled Lutheran Heritage Village-Livonia, 343 NLRB 646 (2004). Under the previous standard, the Board found that employers violated the NLRA merely by maintaining workplace rules that do not explicitly prohibit protected activities – even if such rules were not adopted in response to protected activities, and even if the rules were not applied to restrict such activities – so long as the rules could be “reasonably construed” by an employee to prohibit the exercise of NLRA rights.

The Board also announced that, prospectively, three categories of rules will be delineated to provide greater clarity and certainty to employees, employers, and unions. Specifically:

Under the newly-reinstated “direct and immediate control” test, two or more entities will be deemed joint employers under the NLRA if one entity has directly and immediately exercised control over essential employment terms of another entity’s employees in a manner that is not limited and routine. Under the new test proof of indirect control, contractually-reserved control that has never been exercised, or control that is limited and routine, will not be sufficient to establish a joint employer relationship.

III. Not every “change” in employment terms will trigger a duty to bargain.

Additionally, the Board established a new precedent for establishing when a company must give its union advance notice and the opportunity to bargain before implementing a unilateral “change” in employment terms and conditions.

In Raytheon Network Centric Systems, 365 NLRB No. 161 (2017), the Board held that actions do not constitute a change if they are similar in kind and degree with an established past practice consisting of comparable unilateral actions. The Board also held this principle applies regardless of whether a collective bargaining agreement was in effect when the past practice was created, or no collective bargaining agreement existed when the disputed actions were taken. Finally, the Board ruled such actions consistent with an established practice do not constitute a change requiring bargaining merely because they may involve some degree of discretion.

IV. The traditional “community of interests” tests will once again be used to determine appropriate bargaining units.

Finally, in PCC Structurals, Inc.,365 NLRB No. 160 (2017), the Board reinstated the traditional community-of-interest standard for determining the scope of an appropriate bargaining unit in union representation cases. Under the NLRA, it is the Board’s responsibility to determine whether a group of employees that a union seeks to represent constitutes a unit that is “appropriate” for collective bargaining. Under the previous precedent, if a group of employees constituted an “appropriate” unit, but the employer contended that additional employees should be included in the unit, the burden was on the employer to demonstrate that the additional employees shared an “overwhelming” community of interest with the unit.

Moving forward, the Board will return to the traditional community-of-interest standard which permits the Board to evaluate the interests of all employees—both those within and those outside the petitioned-for unit—without regard to whether these groups share an “overwhelming” community of interests. This new test involves evaluating a series of questions about the employees in the proposed unit when compared with the employer’s other employees: 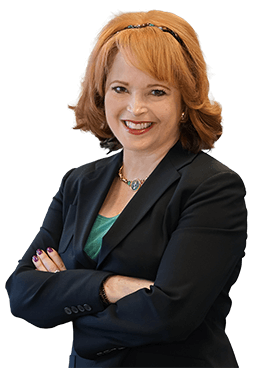