On June 21, 2018, the U.S. Supreme Court issued a landmark state tax decision in South Dakota v. Wayfair, docket number 17-494, overturning the physical presence standard in Quill v. North Dakota, 504 U.S. 298 (1992) and National Bellas Hess v. Department of Revenue of Ill., 386 U.S. 753 (1967). The Court, in a 5-4 decision, held that the physical presence standard in Quill was an “unsound and incorrect” interpretation of the Commerce Clause that has created marketplace distortions, preferring online and remote sellers while harming smaller brick-and-mortar businesses and causing states to lose out on significant tax revenue. Writing for the majority, Justice Kennedy explained that “attempts to apply the physical presence rule to online retail sales have proved unworkable.” The Court held that the correct standard to determine the constitutionality of a state law is whether the tax applies to an activity that has “substantial nexus” with the taxing state.

At issue in Wayfair was South Dakota’s economic nexus law (S.D. Codified Laws §§ 10-45-2, 1—45-4 (2010 and Supp. 2017), which imposes tax collection and remittance duties on out-of-state sellers that, on an annual basis, deliver more than $100,000 of goods or services into South Dakota or engage in 200 or more separate transactions for the delivery of goods into South Dakota. South Dakota does not have a state-level income tax and therefore relies on sales and use tax to fund essential state services.

The Court began its analysis with a historical review of the Commerce Clause, which grants Congress the authority to regulate interstate commerce. The Court then turned to the four-prong test espoused in Complete Auto Transit, Inc. v. Brady, 430 U.S. 274 (1977), which builds upon Commerce Clause principles and follows that a state tax will be upheld if it (i) applies to an activity with substantial nexus with the taxing state, (ii) is fairly apportioned, (iii) does not discriminate against interstate commerce, and (iv) is fairly related to the services that the state provides. Relying on Brady, the Court looked to whether an activity must meet the Quill physical presence standard to have substantial nexus with a taxing state. The Court ruled that physical presence is not required but rather that substantial nexus exists when a taxpayer “avails itself of the substantial privilege of carrying on a business in that jurisdiction. ”Nexus can be established on the basis of both “economic and virtual contacts.” The Court ultimately found that the South Dakota law’s sales volume and dollar amount thresholds were high enough to find that a seller meeting those thresholds would have clearly availed itself of the privilege of doing business in South Dakota. The Court noted that other functions of eCommerce such as websites leaving cookies on customer hard drives and apps that can be downloaded on customer phones may be considered to create almost a physical presence in a taxing state. Iowa, Ohio, and Massachusetts currently assert cookie nexus. Effective December 1, 2018, Connecticut will enforce a new standard targeting out-of-state sellers making $250,000 in gross receipts and engaging in 200 or more retail sales into Connecticut during a 12-month period. In Pennsylvania, a remote seller that makes taxable sales totaling $10,000 or more to Pennsylvania customers in the previous calendar year must either (i) register to collect and remit Pennsylvania sales tax or (ii) comply with Pennsylvania’s notice and reporting requirements (which essentially require remote sellers to give notice to purchasers that Pennsylvania sales tax may be due on the remote purchases and the remote seller must also give notice to the Commonwealth of all sales made to Pennsylvania customers). In addition to Pennsylvania, other states such as Georgia, Oklahoma, Rhode Island, and Washington have notice and reporting requirements that are the default alternative to registering to collect and remit sales tax under elective economic nexus provisions.

Justice Kennedy compared the physical presence requirement to a “judicially created tax shelter for businesses that decide to limited their physical presence and still sell their goods and services to a State’s consumers.”

While businesses should expect to see significant nexus assertions in light of the new Wayfair standard, it does not give states the authority to enact all forms of economic nexus laws. Although physical presence is no longer required to establish nexus under state tax laws, a business must now “[avail] itself of the substantial privilege of carrying on a business in that jurisdiction” in order to be Constitutionally subject to sales tax in a taxing jurisdiction. It is unclear whether Pennsylvania’s $10,000 threshold will pass muster under the new Wayfair ruling and how the Commonwealth will react to this decision.

If you have questions related to state sales tax matters following Wayfair or any other state, federal, or international tax matters contact Stephanie S. Vogel at svogel@dilworthlaw.com. 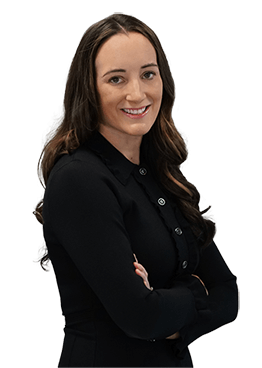 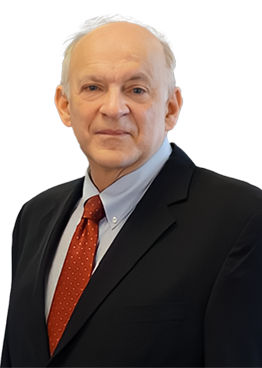