For those who are familiar with the early days of municipal bonds, John G. Johnson is often described as the first bond lawyer in the United States. During the height of the Industrial Revolution, municipal and other bonds were often issued without either a valid issuer or proper authorization, or without complying with some other basic legal or even technical requirement. As a result, innocent purchasers were sometimes left with nothing. In those days, there was no Securities and Exchange Commission, National Association of Bond Lawyers or Red Book. It became difficult for Wall Street or other underwriters to sell bonds unless they were accompanied by a Johnson legal opinion physically attached to the bonds, which stated in his concise wording: “These bonds are good.” He was the only partner in his office on Broad Street in the center of downtown Philadelphia, but there were a few others who helped him carefully determine that the bonds were fully authorized, validly issued, and delivered. He also had such a very large appellate and trial practice that he continues to this day to be recognized as noteworthy—possibly unsurpassed—as a private lawyer in his 168 appearances before the United States Supreme Court.

The term “Philadelphia Lawyer” originated to describe a lawyer named Andrew Hamilton, who was retained by the Manhattan printer Peter Zenger after he had been sued for libel. The term refers to a lawyer who knows the most detailed and minute points of law, an exceptionally competent lawyer, a shrewd lawyer who is expert in the exploitation of legal technicalities, and an especially learned advocate, as in: “It would take a Philadelphia lawyer to get him off.”

John G. Johnson was a giant of the Philadelphia bar – perhaps the best lawyer in the history of Philadelphia. He was not only a litigator but a famous corporate lawyer during his time. He was described by the New York Times as “the greatest lawyer in the English-speaking world.” He always practiced in his office in Philadelphia although he represented many of the big-name companies on Wall Street. He had a huge legal practice—probably more than any other lawyer of his day. George Wharton Pepper called him “the most prodigious lawyer I have ever known.” He was referred to by United States Supreme Court Justices as “the king of the American bar.” Many believe he was the best Philadelphia Lawyer of all time.

Johnson was born in Chestnut Hill in Northwest Philadelphia, at a time when only 500 people lived there. He lived from 1841 to 1917. He had a photographic memory which—to say the least—was a big help to him. His middle name was his mother’s family name, Graver. The Graver family owned a farm at what is now Graver’s Lane and Germantown Avenue in Chestnut Hill. His father was, it is believed, the blacksmith of Chestnut Hill. Johnson graduated first in his class from the well-recognized Central High School in Philadelphia. He had done well on the school’s difficult entrance exam which they had at that time. At school, Johnson became good friends with (the later very wealthy) Peter Widener who had also become interested in art at the school. After later establishing themselves as leading citizens of Philadelphia, the two men traveled to Europe together annually on art-buying sprees.

At the turn of the 20th century, the two best-known lawyers in the United States were Oliver Wendell Holmes of Boston and John G. Johnson of Philadelphia. If you asked almost any knowledgeable lawyer, judge, or business leader in those days who was the better lawyer, it was nearly universally agreed that it was John G. Johnson. In his book Puritan Boston and Quaker Philadelphia, University of Pennsylvania sociologist Digby Baltzell observed that in today’s world, most knowledgeable people are aware of Oliver Wendell Holmes as a famous lawyer in history but practically no one is aware of Johnson, either as a well-regarded lawyer or even as the first bond lawyer.

At his death in 1917, Johnson had such an extensive corporate, trial, bond, and general practice that it took several law firms to carry on the work, including Saul Ewing, which was the immediate successor firm to his practice. When former Philadelphia Mayor Richardson Dilworth first came to Philadelphia as a young lawyer from Pittsburgh, he worked with Johnson at his office and never failed to extol Johnson as the best.

One day, the President of the Pennsylvania Railroad came into Johnson’s law office and told him that Western Union was refusing the pay the Railroad rent even though it was using the Railroad’s right of way throughout almost the entire country to transmit its signals to homes and business everywhere. Johnson asked him if they had demanded rent from Western Union for its use of the Railroad’s property. The Railroad President said they had repeatedly demanded rent and Western Union had repeatedly refused to pay. Johnson knew that it was unlawful to use someone’s property and not pay the required rent. He advised the Railroad to use self-help and remove Western Union’s lines from the entire right of way. Relying on this legal advice, the Railroad arranged for their workers in each section of the tracks to come out at a designated time in the middle of one night and tear down Western Union’s nationwide transmission lines. This completely shut down Western Union which, before the internet, was the only effective means of nationwide communication. For example, the famous ticker tapes which went into every major office with hourly stock quotes were reliant on the Western Union system. As a result of the removal of the lines, this all stopped. Western Union sued the Railroad for temporarily putting them out of business. The Railroad retained Johnson to represent them. He won the case.

Johnson argued 168 cases in the United States Supreme Court and thousands of cases in the Pennsylvania Supreme Court. In another well-known case, he represented American Sugar Company in a famous Sherman anti-trust case in the United States Supreme Court, known as United States v. E.C. Knight. American Sugar’s refinery was entirely within the City of Philadelphia—along the Delaware River just north of downtown. The Company had purchased four sugar refineries in Philadelphia, which amounted to 98% of the sugar refining market in the United States. Not surprisingly, the Grover Cleveland administration brought suit against American Sugar under the Sherman Anti-Trust Act, claiming that the contracts by which it had made the purchases constituted illegal combinations in restraint of trade and commerce. In today’s world, it seems like a slam dunk case for the government. American Sugar retained Johnson to argue the case at the trial level, and he saw the case through to the United States Supreme Court. The executives of American Sugar were extremely concerned, understandably so, that the company would inevitably lose the case. All observers believed that Johnson faced an uphill battle. He argued that American Sugar’s sugar refining activities were not in interstate commerce because the company did all its sugar refining in Philadelphia, within Pennsylvania. In actuality, after the refining process was completed, the sugar was loaded onto railroad cars, trucks, and boats and sold in every state in the union. Somehow, Johnson argued that the refining process of American Sugar did not in any way exert an effect on interstate or national commerce because the refining process was simply the middle of a comprehensive economic process designed to sell finished sugar. The Supreme Court adopted Johnson’s narrow construction of the Sherman Act, and Johnson won the case.

While the court’s interpretation of interstate commerce would broaden during Johnson’s lifetime, the case was a landmark victory for Johnson and helped catapult him to his status as one of Wall Street’s preeminent attorneys. He nevertheless continued to conduct his entire practice from the same office in Philadelphia. Within a short time after the case, he defended, among others, American Tobacco Company, Northern Securities Company, Great Northern Railway, Northern Pacific Railway, Standard Oil Corporation, and United States Steel Corporation.

His clients over his career also included Peter Widener, William Elkins, John Wanamaker, J. P. Morgan, Andrew Carnegie, and Philip DuPont. J.P. Morgan would arrange special trains to take Johnson from Philadelphia to New York City for private conversations. There was intense competition for Johnson’s services in the historic controversy between Andrew Carnegie and Henry Clay Frick over Carnegie Steel Corporation, which eventually became U.S. Steel. Carnegie’s frantic efforts to obtain Johnson’s services were to no avail because Frick had hired him first. Parallels may be drawn to efforts in recent years of major corporations to obtain the services of top firms in New York for future tender offers or mergers by paying them substantial annual retainers in order to hold their representation for future services.

Notwithstanding these and other famous clients and important cases, Johnson would spend whatever time was necessary with every client. It was not unusual for him to keep a Wall Street tycoon sitting in his office waiting room while explaining legal issues to an individual client with a small case. It was said that he never overcharged his clients. Legend has it that one day Johnson spent over an hour with a client, a poor African-American woman, while John D. Rockefeller’s lawyer waited in the outer office; he took $10 in cash from the lady and sent Rockefeller a bill for $5,000.

Johnson frequently declined offers by United States Presidents to be nominated to the United States Supreme Court or other appointments by Presidents James Garfield, Grover Cleveland, and William McKinley.

Johnson also amassed during his lifetime one of the finest art collections in the United States, all of which are now held by the Philadelphia Museum of Art. He made annual trips to Europe during the summers to purchase his art. Johnson delivered 1,279 paintings to the Museum and for an extended period of time, his collection was displayed in an entire wing on the first floor of the Museum. There have been as many as 457 of these paintings on display. His collection has been described as a “fine holding of old masters” at an artistic level to be found in but few of the great European museums. Relying on his own judgment and study, he concentrated on early renaissance Italian Primitives but also owned Spanish, Flemish, and Dutch art as well as then-contemporary artists.

Notwithstanding his preeminence to this day as an art collector, Johnson should be primarily recognized as both the first bond counsel and perhaps the best Philadelphia Lawyer ever. 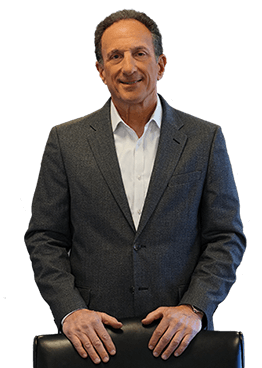