In response to complaints from property purchasers who learn after the consummation of a sale of a property’s illegal zoning status or its being burdened with Department of License and Inspection (“L+I”) violations, Philadelphia City Council, at its December 14, 2017 meeting, introduced Bill No. 171115 to increase certain certification and disclosure requirements. The bill was introduced by Councilman Bobby Henon. Currently, a resale certification is available from L+I but is not required during sale proceedings. The ordinance would govern the sale of any property, only excluding churches or other places of religious worship.

If passed, the ordinance will require owners to furnish a certification from L+I certifying the zoning classification of the property as well as its legality for its existing use, in addition to providing a notice of any uncorrected violation concerning housing, building, safety or fire ordinances. Furthermore, the legislation would require a disclosure in every agreement of sale specifying the zoning classification of the property, its compliance or lack thereof with current zoning laws, and notification of existing violations. Though the current bill does not delegate enforcement responsibility, it does provide a penalty not exceeding $2,000 for a violation of the terms of the ordinance.

Also introduced during last week’s City Council session was a bill that would establish a neighborhood improvement district, to be known as the Northern Liberties Business Improvement District (“NLBID”) (Bill No. 171131 introduced by Councilman Mark Squilla and Council President Clarke). The City has a multitude of business improvement districts covering such areas as Center City, Chestnut Hill, the stadiums, and the South Street/Headhouse district (“SSHD”), among others. The NLBID would extend from the north side of Callowhill Street to the south side of Girard Avenue and would extend as far west as N. 5th Street and as far east as Howard Street. The NLBID will address district cleaning and maintenance, public safety, economic development, and marketing and branding of the NLBID. It will be funded by levying assessments upon all taxable commercial properties within the NLBID.

Similarly, City Council also introduced two bills that would amend the Articles of Incorporation for the SSHD to extend its term to December 31, 2017 and approve a new plan, estimated costs and proposed method of assessment and charges of the SSHD (Bill Nos. 171129 and 171130 introduced by Councilman Squilla).

A link to the full text of the bills can be found here: https://phila.legistar.com/legislation.aspx

(To access each of the bills individually, enter the bill’s number in the left-hand search field and it will take you to the pdf.)

For more information about the status or implications of these bills or other recent City Council legislation that may affect your business, contact attorneys Meredith Ferleger or Darwin Beauvais. 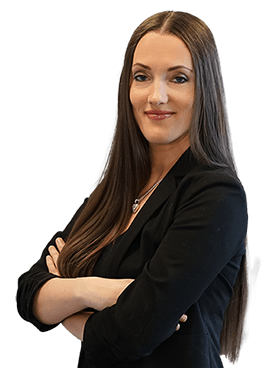