ALERT: What Businesses Need to Know from Federal Court Ruling

In the first judicial opinion relating to a state’s action in response to COVID-19, U.S. District Judge William S. Stickman IV, of the United States District Court of the Western District of Pennsylvania, issued a sixty-six-page opinion on September 14, 2020, that decided that many of Governor Wolf’s restrictions on businesses and gatherings as a result of the Governor’s March 6, 2020 Proclamation of Disaster Emergency were unconstitutional.

The lawsuit, County of Butler, et al. v. Thomas Wolf, et al. (2:20-cv-677), was filed by four counties in the western part of Pennsylvania, by small businesses and Republican state lawmakers during the “red phase” of the Governor’s reopening plan, when many

businesses were closed and alleged the Governor’s orders violated the First Amendment, as well as the equal protection and due-process clauses of the Fourteenth Amendment.

1. The ruling means that current restrictions, including ones that limit the size of indoor and outdoor gatherings, can’t be enforced. However, many of the restrictions that were the subject of the ruling, such as the stay-at-home order and the shutdown of non-essential businesses, have since been lifted.

2. The lawsuit did not challenge all of the state’s coronavirus restrictions, such as the Wolf administration’s order requiring people to wear masks in public.

3. Although the ruling found the business closure orders unconstitutional, it did not address the state’s limits on restaurant capacity.

4. Restrictions on alcohol sales at bars and restaurants also remain in place.

5. Governor Wolf does not intend to let a federal judge shoot down his orders aimed at containing the spread of COVID-19 without putting up a fight. A spokeswoman said Wolf is disappointed with Judge William Stickman IV’s ruling that the Governor’s stay-at-home order and business closure order issued in March and later suspended, along with limitations placed on social gatherings of 25 people indoors and 250 outdoors as unconstitutional. The Governor “will seek a stay of the decision and file an appeal,” said Wolf spokeswoman Lyndsay Kensinger.

“The actions taken by the administration were mirrored by governors across the country and saved, and continue to save lives in the absence of federal action. This decision is especially worrying as Pennsylvania and the rest of the country are likely to face a challenging time with the possible resurgence of COVID-19 and the flu in the fall and winter.”

In his order, Judge Stickman said he recognizes the Governor’s actions were “undertaken with the good intention of addressing a public health emergency. But even in an emergency, the authority of government is not unfettered. The liberties protected by the Constitution are not fair-weather freedoms — in place when times are good but able to be cast aside in times of trouble.” 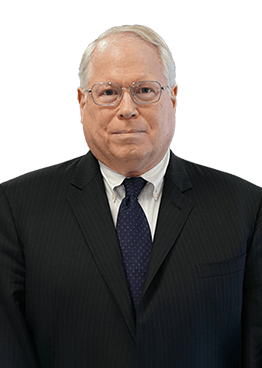